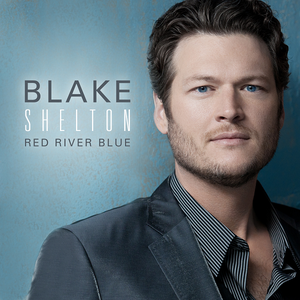 Red River Blue
country Blake Shelton God Gave Me You male vocalists love at first listen
Here is some background information on "God Gave Me You" from Songfacts.com. This love song about a budding romance was originally written by Christian rocker Dave Barnes and recorded by him on his 2010 album, What We Want, What We Get. Shelton first came across the song during a difficult patch in his relationship with Miranda Lambert before they married. The country star was driving in his truck back to Oklahoma when Barnes' tune came on the radio. Read more on Last.fm.

Blake Tollison Shelton (born June 18, 1976 in Ada, OK) is an American country music artist. In 2001, he made his debut with the single "Austin". Released as the lead-off single from his self-titled debut album, "Austin" went on to spend five weeks at Number One on the Billboard Hot Country Songs charts. This song was the first single from his gold-certified debut album, which also produced two more Top 20 hits. Although the album was released on Giant Records Nashville, Shelton was transferred to Warner Bros. Records Nashville after Giant closed in late 2001. His second and third albums, 2003's The Dreamer (his first for Warner Bros. proper) and 2004's Blake Shelton's Barn & Grill, were each certified gold as well. Shelton's fourth album, Pure BS, was issued in 2007, and re-issued in 2008 with a cover of Michael Bublé's pop hit "Home" as one of the bonus tracks. This cover was also that album's third single. A fifth album, Startin' Fires, was released in November 2008. He is currently a vocal coach on the NBC reality talent show The Voice with Adam Levine, Christina Aguilera, and Cee Lo Green. Overall, Shelton has charted seventeen singles on the country charts, including nine Number One hits: "Austin" (2001), "The Baby" (2003), "Some Beach" (2004–2005), "Home" (2008), "She Wouldn't Be Gone" (2009), "Hillbilly Bone" (2010), a duet with Trace Adkins, "All About Tonight" (2010), "Who Are You When I'm Not Looking" (2011), and "Honey Bee" (2011). Additionally, three more of his singles have reached Top Ten: a cover version of Conway Twitty's "Goodbye Time", "Nobody but Me", and "I'll Just Hold On." Read more on Last.fm. User-contributed text is available under the Creative Commons By-SA License; additional terms may apply.