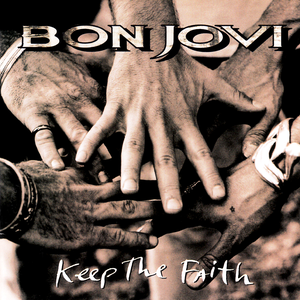 Keep The Faith
rock hard rock bon jovi classic rock 80s
"Dry County" is a song by Bon Jovi from their 1992 album Keep the Faith. It was written by Jon Bon Jovi. Dry County stands as the band's longest song released so far, with a length of 9 minutes 52 seconds. A shorter 6-minute version reached #9 in the UK Charts and #1 in Latin America. The guitar solo is often considered Richie Sambora's best and Sambora has gained much respect with this track. Dry County is about the decline of the US domestic oil industry and its effect on those whose income relied on it. Read more on Last.fm.