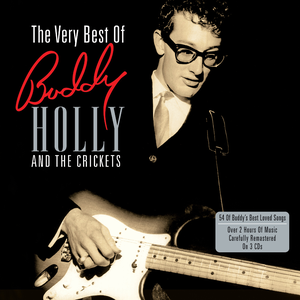 Everyday Dearest Peggy Sue That'll Be the Day Rave On True Love Ways Not Fade Away Words Of Love Heartbeat Maybe Baby It Doesn't Matter Anymore (Ummmm, Oh Yeah) Dearest Raining in My Heart Listen To Me I'm Gonna Love You Too It's so Easy Think It Over Early In The Morning Oh Boy Everyday - Single Version Midnight Shift Brown Eyed Handsome Man Oh Boy! Peggy Sue Got Married Ready Teddy Rock Around With Ollie Vee Love Is Strange Look At Me Wishing Bo Diddley Peggy Sue - Single Version Reminiscing Love Me Learning the Game Crying, Waiting, Hoping Tell Me How Valley Of Tears Take Your Time Oh, Boy! Little Baby Girl On My Mind Fool's Paradise Well...All Right You're So Square (Baby, I Don't Care) Every Day You've Got Love Love's Made a Fool of You Blue Days, Black Nights I'm Looking For Someone to Love It's Too Late