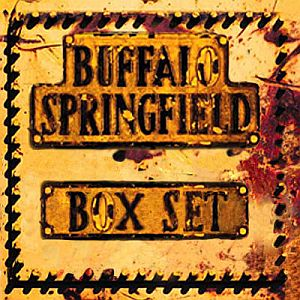 For What It's Worth Mr. Soul Bluebird Expecting To Fly Go And Say Goodbye Broken Arrow I Am A Child Kind Woman Nowadays Clancy Can't Even Sing On The Way Home Hot Dusty Roads Sit Down I Think I Love You A Child's Claim to Fame Flying On The Ground Is Wrong Sit Down, I Think I Love You Rock & Roll Woman Everybody's Wrong Burned Out Of My Mind Pretty Girl Why Do I Have To Come Right Out And Say It Hung Upside Down Pay The Price Leave Rock and Roll Woman Sad Memory Good Time Boy Questions Everydays It's So Hard To Wait Special Care Uno Mundo Four Days Gone Merry-Go-Round Carefree Country Day The Hour Of Not Quite Rain Mr. Soul - Mono For What Its Worth Everydays - Live Down to the Wire For What It's Worth (LP Version) Kahuna Sunset - Mono Kind Woman (LP Version) Stop, Hey What's That Sound For What It's Worth (Live 1967) Out Of My Mind - Mono Burned - Mono Nowadays Clancy Can't Even Sing (LP Version) Baby Don't Scold Me Kahuna Sunset