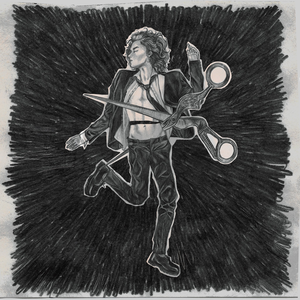 Jigsaw
rock alternative rock indie pop pop rock Pop-Rock
“Jigsaw” is the fourth pre-release single of Conan Gray’s sophomore album "Superache" and was released on January 21, 2022. The announcement was made on his Instagram with the cover art and the caption, “JIGSAW. FRIDAY." The song’s beginning shares similar instrumentals and emotional factors from his viral hits like "Heather" and "Astronomy" as "Jigsaw" also feature vocal harmonies and acoustic guitar. But the song takes a more rock approach like his song titled "Comfort Crowd" from "Kid Krow". Read more on Last.fm.