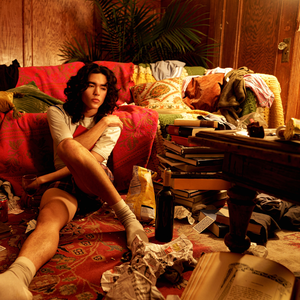 Memories
alternative folk indie pop indie rock pop rock
“Memories” is the fourth single off of Conan Gray’s sophomore studio album "Superache". Initially teased six days earlier, the song was released on April 15, 2022. The song shows Gray longing for a former romantic partner, wishing to remember their love for each other. Conan wants the person he’s singing about to stay in his memories since he wants them to feel comforting and happy as they are. With the person returning back into his life Read more on Last.fm.