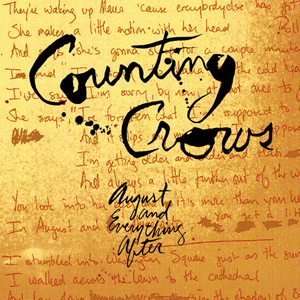 August And Everything After
rock alternative counting crows alternative rock 90s
"The verses are about how horrifyingly gray and mundane and pointless life in general can be. Nothing catastrophic. Little horrors. Envy of other people. Deep need that is unsatisfied. Boredom. And so the chorus is about how suductive coma-visions are: these dreams of placidity, colors, shapes that are so clean. But the peace is a trap to the person in the song; he doesn't want to fall prey to the visions." Read more on Last.fm.