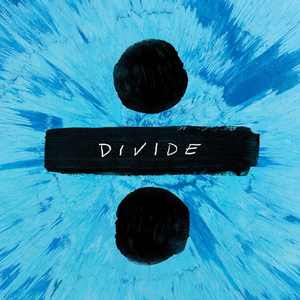 ÷ (Deluxe)
soul british sad piano Ballad
“Supermarket Flowers” is Ed’s tribute to his late grandmother. Using the metaphor of an angelic persona, the lyrics focus on the positive aspects and impact left behind by one who is now deceased. Ed Sheeran told interviewers the following about the production of the song: "It was written for my mom’s point of view. My grandmother was very ill during the time I was making the record and passed away at the end of me making the record so we wrote this song as a tribute and just left it on." Read more on Last.fm.

The A Team Thinking Out Loud Shape of You Photograph Lego House Perfect Don't Sing I See Fire Give Me Love Bad Habits Castle On the Hill Kiss Me Galway Girl Tenerife Sea Drunk SHIvers Happier Small Bump I Don't Care (with Justin Bieber) Beautiful People (feat. Khalid) You Need Me, I Don't Need You Bloodstream I'm a Mess One U.N.I. Wake Me Up Dive Supermarket Flowers South of the Border (feat. Camila Cabello & Cardi B) Grade 8 This The City Perfect Duet (Ed Sheeran & Beyoncé) Nina Afire Love Runaway All of the Stars What Do I Know? Afterglow New Man How Would You Feel (Paean) Cross Me (feat. Chance the Rapper & PnB Rock) Hearts Don't Break Around Here The Joker and the Queen (feat. Taylor Swift) Overpass Graffiti The Man Barcelona Let It Out Antisocial (with Travis Scott)