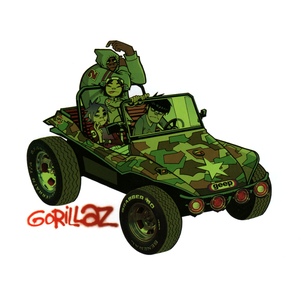 Gorillaz
alternative rock electronic gorillaz chillout
The drum beat and the wind effect in the song are sampled from the beginning of "Ghost Town" by The Specials. Read more on Last.fm.