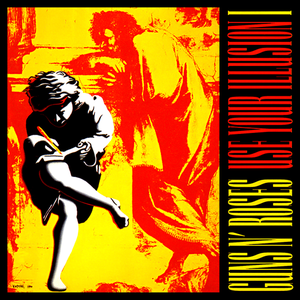 Use Your Illusion I: World Tour - 1992 in Tokyo
hard rock rock classic rock 90s heavy metal
"Bad Obsession" is track seven on the album. It was written by Izzy Stradlin and West Arkeen. The song is about tackling drug abuse and addiction, which had haunted the band since they had become famous. Michael Monroe, lead singer of Hanoi Rocks and a big influence on Guns N' Roses, plays the harmonica and tenor saxophone on the studio version, which is 5:28 long. A live version from the Tokyo Dome was featured on the Use Your Illusion 1 DVD as Read more on Last.fm.