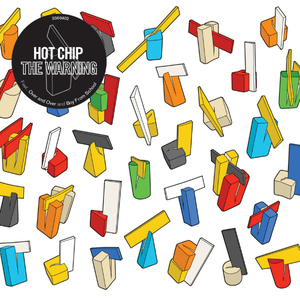 Boy from School
electronic indie electropop electronica indietronica
"Boy from School" is a single by Hot Chip, released on 27 June 2006, from Hot Chip's second album, The Warning. The original title of the song (which appears on The Warning) was "And I Was a Boy from School", however, this was shortened on the request of EMI. The song was covered by Portastatic in 2006, Maritime in 2007, Grizzly Bear in 2010 and Tears For Fears in 2013. The song appeared in The Simpsons episode "A Totally Fun Thing That Bart Will Never Do Again." Read more on Last.fm.

Ready for the Floor Over and Over I Feel Better One Life Stand Out at the Pictures The Warning Boy From School Shake a Fist One Pure Thought And I Was a Boy from School Colours Flutes Made in the Dark Bendable Poseable Touch Too Much Careful Hold On Thieves in the Night No Fit State Look After Me Wrestlers Hand Me Down Your Love Look At Where We Are Motion Sickness Don't Dance Arrest Yourself Alley Cats Tchaparian So Glad to See You Take It In Huarache Lights In the Privacy of Our Love Brothers Whistle for Will How Do You Do? (Just Like We) Breakdown Night and Day We Have Love Crap Kraft Dinner We're Looking for a Lot of Love Keep Quiet Need You Now Slush These Chains Don't Deny Your Heart Playboy Take Care Down with Prince Keep Fallin' Let Me Be Him