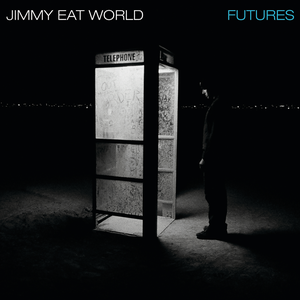 Futures
rock alternative rock emo alternative Jimmy Eat World
"Pain" is a song by American rock band Jimmy Eat World. It was released in September 2004 as the first single from their 2004 album Futures and became their second number-one hit on the Billboard Modern Rock Tracks chart. Although its album is not their most successful and "Pain" is not the highest-charting single, the single has received Gold status by the RIAA, making "Pain" Jimmy Eat World's second best-selling single, after 2001's "The Middle". Read more on Last.fm.