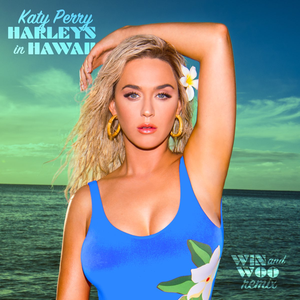 Harleys In Hawaii (Win and Woo Remix) - Single
pop katy perry 2019 chill tropical
"Harleys in Hawaii" is the tenth track on Katy's fifth studio album, "Smile". The song was first announced in an interview with The Zach Sang Show in July 2019 and the song was later released as a single on October 16, 2019. Read more on Last.fm.