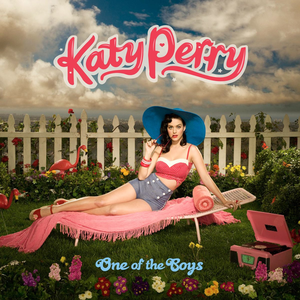 One of the Boys
pop katy perry dance female vocalists catchy
"Hot n Cold" is a song by American singer Katy Perry. The song was written and composed by Dr. Luke, Max Martin, and Perry for her major mainstream debut album, One of the Boys. The track was released as the album's second single. It is about an unstable heterosexual romantic relationship, told from her point of view. The chorus uses several antonyms to describe her partner's bipolar mood swings, with the verses describing how they affect the couple's life together. Read more on Last.fm.