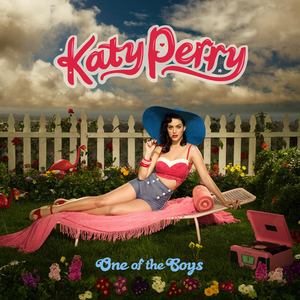 One of the Boys
pop katy perry female vocalists Love romantic
"Thinking of You" was the third single from Katy's debut album "One Of The Boys". To promote the single, Katy appeared on many TV shows to promote the single. Some of these shows included: The Ellen DeGeneres Show, The Early Show, and Last Call with Carson Daly. "Thinking of You" debuted at number 79 on the U.S. Billboard Hot 100. It later rose to number 29 and stayed there for three consecutive weeks. It became Perry's first single to peak outside the top ten. As of August 2013, the song has sold 1,079,000 downloads in the United States. Read more on Last.fm.