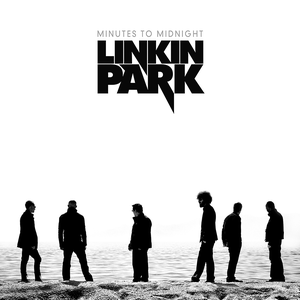 Minutes to Midnight
rock Nu Metal alternative rock Linkin Park alternative
"Bleed It Out" is an alternative rock/rap rock song by American band Linkin Park. The song was released as the second single from their third studio album, Minutes to Midnight, on August 17, 2007. On July 30, 2007 the music video was shown on MTV Germany and MTV Asia and has premiered in Canada through the Muchmusic Countdown and their MuchAxs video streaming website. This song was #44 on Rolling Stone's list of the 100 Best Songs of 2007. This song was also #83 on MTV Asia's list of Top 100 Hits of 2007. Read more on Last.fm.

In the End Numb Faint One Step Closer What I've Done Crawling Breaking the Habit Somewhere I Belong Papercut Bleed It Out Leave Out All the Rest Points of Authority From the Inside Lying from You Runaway Shadow of the Day With You Given Up A Place for My Head By Myself Pushing Me Away Don't Stay Forgotten Hit the Floor Easier to Run Burn It Down Session Figure.09 Nobody's Listening No More Sorrow Cure for the Itch New Divide Hands Held High Valentine's Day In Pieces In Between Castle of Glass Wake My December Waiting for the End The Little Things Give You Away The Catalyst Lost in the Echo Iridescent Burning in the Skies High Voltage In My Remains The Messenger Roads Untraveled Blackout