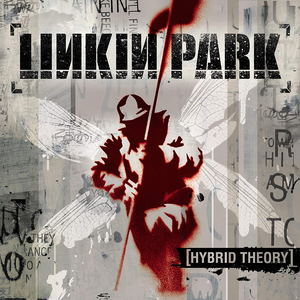 Greatest Hits
rock Nu Metal Linkin Park alternative rock alternative
"In the End" is a song written by Linkin Park from their debut album Hybrid Theory. Its lyrics to the song is mainly based on one person's failure. It is considered symbolic of an ending relationship. However it can also be symbolic of a long-lasting friendship's trust between one another that has gone away. It was originally a poem but was deemed good enough to be a song, it is also considered Linkin Park's signature song. "In The End" is also one of Linkin Park's most popular song which it is always performed in every of their concerts. Read more on Last.fm.

In the End Numb Faint One Step Closer What I've Done Crawling Breaking the Habit Somewhere I Belong Papercut Bleed It Out Leave Out All the Rest Points of Authority From the Inside Lying from You Runaway Shadow of the Day With You Given Up A Place for My Head By Myself Pushing Me Away Don't Stay Forgotten Hit the Floor Burn It Down Easier to Run Figure.09 Session Nobody's Listening No More Sorrow Cure for the Itch New Divide Hands Held High Valentine's Day In Pieces Castle of Glass In Between Wake My December Waiting for the End The Little Things Give You Away The Catalyst Lost in the Echo Iridescent Burning in the Skies High Voltage In My Remains One More Light The Messenger Roads Untraveled