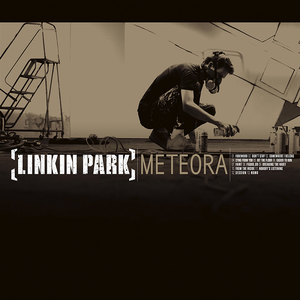 Meteora
Nu Metal rock Linkin Park alternative rock alternative
“Lying From You” is about pushing someone away. The title means, making up lies to make another person angry so that they don’t want to be around you; which is something that some people do subconsciously in relationship. That’s not what my part of the song is about but I know that in a broader sense, when people start feeling negative feelings toward somebody else, just naturally they start doing things to make that person not want to be around them. Read more on Last.fm.

In the End Numb Faint One Step Closer What I've Done Crawling Breaking the Habit Somewhere I Belong Papercut Bleed It Out Leave Out All the Rest Points of Authority From the Inside Lying from You Runaway Shadow of the Day With You Given Up A Place for My Head By Myself Pushing Me Away Don't Stay Forgotten Hit the Floor Burn It Down Easier to Run Figure.09 Session Nobody's Listening No More Sorrow Cure for the Itch New Divide Hands Held High Valentine's Day In Pieces Castle of Glass In Between Wake My December Waiting for the End The Little Things Give You Away The Catalyst Lost in the Echo Iridescent Burning in the Skies High Voltage In My Remains One More Light The Messenger Roads Untraveled