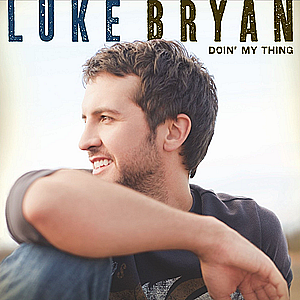 Doin’ My Thing
country Luke Bryan modern country edgy queer
Songfacts says: Someone Else Calling You Baby finds the narrator confronting his girl after she asked for a break from their relationship, only for him to see her later sitting in a truck with another guy in her driveway. Read more on Last.fm.

Rain Is a Good Thing Country Girl (Shake It for Me) We Rode In Trucks Drunk on You I Don't Want This Night to End Do I You Make Me Want To All My Friends Say I'll Stay Me Pray About Everything That's My Kind of Night Play It Again First Love Song Tackle Box Over The River Kiss Tomorrow Goodbye Crash My Party Someone Else Calling You Baby Country Man Drink a Beer Roller Coaster Kick the Dust Up I See You Too Damn Young What Country Is Strip It Down Huntin', Fishin' and Lovin' Every Day I Know You're Gonna Be There Drinkin' Beer And Wastin' Bullets Been There, Done That Run Run Rudolph You Don't Know Jack Suntan City Muckalee Creek Water Knockin' Boots Baby's On The Way One Margarita Tailgate Blues Harvest Time Buzzkill Faded Away Most People Are Good If You Ain't Here To Party The Car In Front Of Me Apologize Beer in the Headlights Everytime I See You Welcome To The Farm Doin' My Thing Light It Up