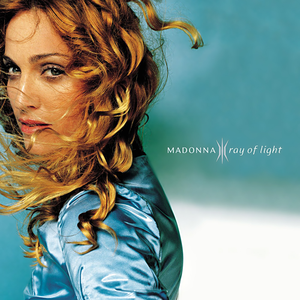 Ray of Light
pop Madonna female vocalists 90s dance
"Frozen" is a pop song by American singer Madonna from her 1998 album Ray of Light, written and produced by Madonna, Patrick Leonard and William Orbit. The song was released as the first single in February 1998. "Frozen" was a radical change for Madonna. The darker electronic undertones, eastern strings arranged by Craig Armstrong, a touch of Middle Eastern percussion in the opening and her new vocal range were all previously unexplored territory for Madonna. Read more on Last.fm.