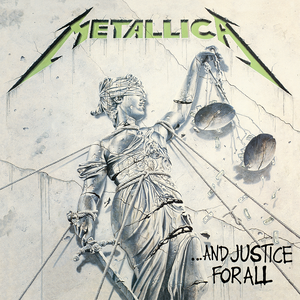 ...and Justice for All
metal thrash metal heavy metal metallica rock
"One" was written in November 1987 by Metallica's principal composers — rhythm guitarist/vocalist James Hetfield and drummer Lars Ulrich. This song details the life of a soldier after he becomes a decerebrated paraplegic. During his time in the hospital, he reflects on his life and things his father told him. The doctors become worried because he does not die. The lyrics are based on the novel "Johnny Got His Gun" by Dalton Trumbo, an anti-war novel about World War I. Read more on Last.fm.