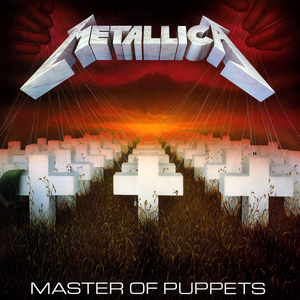 Master of Puppets
thrash metal heavy metal metal metallica
The Thing That Should Not Be is the third track off Metallica's 1986 album Master of Puppets. The song, keeping the general control theme of the album, discusses the story of Cthulhu by H.P. Lovecraft, with Cthulhu being the focus of the song and documenting his control over his followers. The song also takes lyrical inspiration from lines in Lovecraft's book Necronomicon. Musically the song is a marked contrast from the rest of the songs on the album, being slower and having a subdued intensity. Read more on Last.fm.