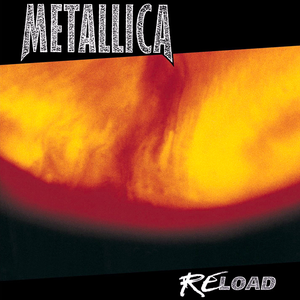 Reload
metal heavy metal metallica rock thrash metal
"The Unforgiven II" is a song performed by Metallica. It was written by James Hetfield, Lars Ulrich and Kirk Hammett and appears on the album ReLoad as a sequel to "The Unforgiven" (which appears on the album Metallica). Both songs have similar musical themes. They both start with the horn taken from For a Few Dollars More. The chord progression during the verses is strikingly similar to the one used in the chorus on "The Unforgiven". Over a decade later Read more on Last.fm.

Enter Sandman Nothing Else Matters Master of Puppets One The Unforgiven Sad but True Fade to Black Battery Wherever I May Roam For Whom the Bell Tolls Whiskey in the Jar Fuel Of Wolf and Man Welcome Home (Sanitarium) The day that never comes The Thing That Should Not Be The Unforgiven II The Memory Remains Creeping Death Holier Than Thou Blackened Through the Never Until It Sleeps Don't Tread on Me Ride the Lightning My Friend of Misery Disposable Heroes The God That Failed Harvester of Sorrow Turn the Page Hero of the Day The Call of Ktulu All Nightmare Long Leper Messiah Fight Fire With Fire The Unforgiven III The Four Horsemen Hit the Lights Whiplash The Struggle Within St. Anger Motorbreath That Was Just Your Life Eye of the Beholder The Shortest Straw Trapped Under Ice ...and Justice for All The End of the Line Seek & Destroy Jump in the Fire