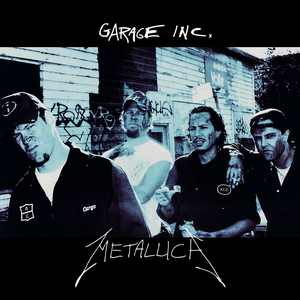 Garage, Inc.
metal heavy metal cover metallica rock
"Turn the Page" is a song originally released by Bob Seger in 1973 on his Back in '72 album. The song was later covered by Metallica, as the first single from their 1998 Garage Inc. album, reaching #1 on the Billboard Hot Mainstream Rock Tracks chart for 11 consecutive weeks, the highest number of weeks Metallica has ever spent at the top; drummer Lars Ulrich had heard the original song while driving across the Golden Gate Bridge and later commented that he thought it "Had James [Hetfield] all over it". Read more on Last.fm.