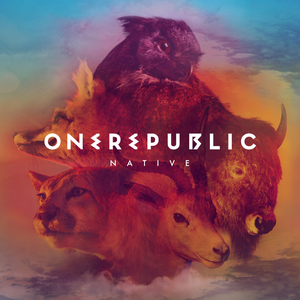 Native
alternative pop alternative rock OneRepublic Makes Me Smile
The Feel Again Songfacts says that the song was inspired by children in remote villages who are in need of life-saving care. Part of the sales of the single were donated to Save the Children's Every Beat Matters campaign to support training frontline health workers around the world. According to the organization's website, when writing the song, Tedder drew on recordings of children's heartbeats for inspiration. Read more on Last.fm.

Counting Stars Apologize Secrets All the Right Moves Good Life Stop and Stare I Lived I Ain't Worried Say (All I Need) Love Runs Out If I Lose Myself Come Home Everybody Loves Me Mercy All Fall Down Wherever I Go All We Are If I Lose Myself - Alesso vs OneRepublic Feel Again Marchin On Rescue Me Run Something I Need Tyrant Made for You All This Time Prodigal Won't Stop Someone to save you Fear Lullaby What You Wanted Waking Up Missing Persons 1 & 2 Sunshine Kids Goodbye, Apathy Stop & Stare Rich Love (with Seeb) Burning Bridges Au Revoir Better Days Preacher Light It Up Connection No Vacancy Someday Life in Color Can’t Stop Don't Look Down