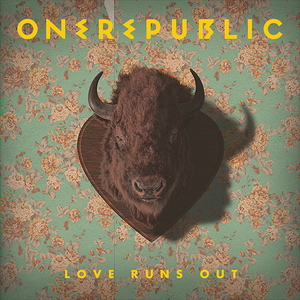 Love Runs Out
pop OneRepublic 2014 rock pop rock
Love Runs Out is a song recorded by American pop rock band OneRepublic for the 2014 reissue of their third studio album Native. It was produced by Ryan Tedder, who co-wrote the song with Brent Kutzle, Drew Brown, Zach Filkins, and Eddie Fisher. The song was digitally released in Australia on April 14, 2014, and was serviced to contemporary hit radio in the United States on May 6 as the fifth overall single from the album. Love Runs Out was originally intended to be the first single from Native Read more on Last.fm.