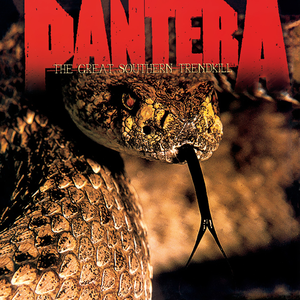 The Great Southern Trendkill
groove metal thrash metal metal heavy metal pantera
"Floods" is a song by heavy metal band Pantera off of 1996's The Great Southern Trendkill. It is the longest song on the album, about a flood that destroys mankind. Guitar World magazine voted Dimebag Darrell's guitar solo in "Floods" as the 15th greatest of all-time. The solo was originally a riff written by guitarist Dimebag in the late 1980s. This is revealed in the first Dimevision DVD, which features a video from 1988 of the then 22-year-old Darrell playing what would later be the ending of the solo to "Floods". Read more on Last.fm.