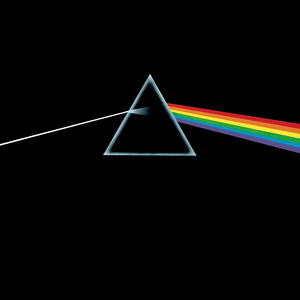 The Dark Side Of The Moon
classic rock Progressive rock rock Pink Floyd Psychedelic Rock
"Money" is a song from British progressive rock band Pink Floyd's 1973 album "The Dark Side of the Moon". It is the only song on the album to hit the top 20 in the United States charts. On the original LP, it opened the second side of the album. It was written by Roger Waters. The guitar solo is ranked number 62 on Guitar World's "100 Greatest Guitar Solos". "Money" is notable for its introductory passage of cash registers dinging and coins clinking, much like "Time". Read more on Last.fm.

Wish You Were Here Money Comfortably Numb Time The Great Gig in the Sky Us and Them Hey You Brain Damage On the Run Eclipse Any Colour You Like The Happiest Days of Our Lives Have a Cigar Mother Goodbye Blue Sky Run Like Hell Young Lust Welcome to the Machine The Thin Ice Empty Spaces Learning to Fly High Hopes Another Brick in the Wall, Pt. 2 Speak to Me Goodbye Cruel World Astronomy Domine One of My Turns In the Flesh Nobody Home The Show Must Go On Vera One of These Days Don't Leave Me Now Echoes Bring the Boys Back Home In the Flesh? Sheep Is There Anybody Out There? Dogs Waiting for the Worms The Trial Outside the Wall Pigs (Three Different Ones) Marooned Keep Talking Breathe (In The Air) What Do You Want From Me Fearless Bike Sorrow