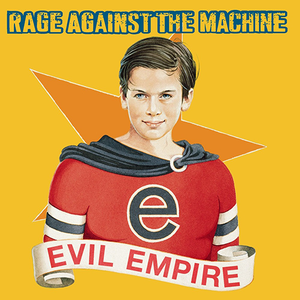 Evil Empire
rock alternative Rage Against The Machine metal rapcore
"Vietnow" was the final single for Rage Against the Machine's Evil Empire album. Officially it is only the third single from the album, as "Down Rodeo" was a promo release only. The cover photograph of an elderly lady seen from the back, carrying a boombox radio and walking down a mountain was taken by the Mexican photographer Graciela Iturbide in the Sonoran Desert in 1979. The original photograph is called "Mujer Ángel" and has also appeared in the black-and-white photography book Canto a la Realidad: Fotografia Latinoamericana Read more on Last.fm.