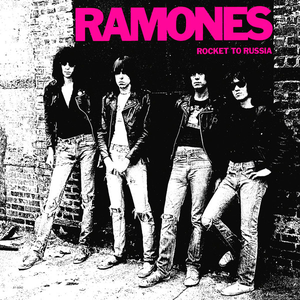 Blitzkrieg Bop I Wanna Be Sedated Judy Is a Punk Sheena Is a Punk Rocker Beat on the Brat I Wanna Be Your Boyfriend Rockaway Beach Teenage Lobotomy Blitzkrieg Bop - 2016 Remaster Pet Sematary Cretin Hop The KKK Took My Baby Away Now I Wanna Sniff Some Glue Commando Pinhead Havana Affair California Sun Gimme Gimme Shock Treatment 53rd & 3rd Poison Heart We're a Happy Family Surfin' Bird Baby, I Love You Listen to My Heart Let's Dance Loudmouth I Believe In Miracles Chain Saw Glad to See You Go Rock 'n' Roll High School I Just Want To Have Something To Do Today Your Love, Tomorrow the World I Don't Wanna Go Down to the Basement I Don't Wanna Walk Around With You Merry Christmas (I Don't Want to Fight Tonight) I Don't Care Here Today, Gone Tomorrow Pet Semetary I Wanna Live Psycho Therapy Do You Remember Rock 'n' Roll Radio? Somebody Put Something in My Drink I Remember You I Don't Want To Grow Up Wart Hog Blitzkrieg Bop - Remastered Version Sheena Is a Punk Rocker - 2017 Remaster I Wanna Be Sedated - Remastered Outsider Swallow My Pride