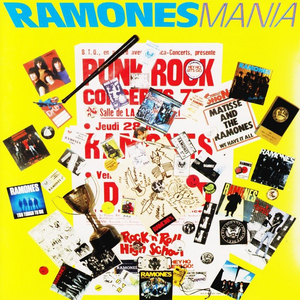 Pleasant Dreams
punk punk rock rock Ramones Classic Punk
The KKK Took My Baby Away" is a song written by Joey Ramone. It appears on The Ramones' 1981 album Pleasant Dreams. Many Ramones fans claim that the song was penned by Joey after Ramones' guitarist Johnny Ramone "stole" Joey's ex-girlfriend Linda from him, although he claims that he wrote the song years before the incident. The KKK supposedly refers, in an extremely exaggerated fashion, to Johnny Ramone's politically conservative views. Johnny first started to cheat on his girlfriend at the time, to see Linda. Read more on Last.fm.