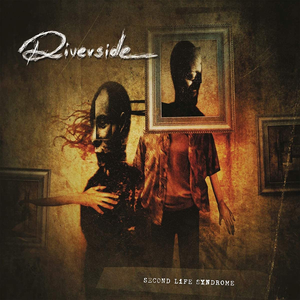 
There are three bands who share the name Riverside. 1) Riverside is a progressive rock band from Warsaw, Poland, founded in 2001 by Mariusz Duda (bass guitar, vocal), the late Piotr Grudziński (electric guitar) and Piotr Kozieradzki (drums), who shared a love for progressive rock and heavy metal. Up to 2003 Jacek Mielnicki was playing keyboard in the band, but some conflicts led him to leave the band, and in the same year the new keyboardist Michał Łapaj joined. Following their 2003 debut Out of Myself, the band were signed by major prog label InsideOut, releasing Second Life Syndrome in 2005. Riverside's music has been described as a mix between, Pink Floyd, Anathema, Opeth, and Dream Theater, containing long, ethereal keyboard-laden passages and heavy, crunchy metal riffs. Rapid Eye Movement was leaked on the internet in August 2007, and was released in the end of September in Europe, October 09 in the US. In the summer of 2007 Riverside supported Dream Theater in the European leg of their tour. In 2009 they released their album Anno Domini High Definition. Mariusz Duda had the following to say about the album on January 27, 2009: "We have gone from Warsaw, we have changed the studio and the producer. We care deeply about creating a coherent record and that is why most probably there are only going to be five songs on it. The material will be energetic, multifarious, and - I hope so - very good for live performances. It will be a story about liquid modernity, life in a constant hurry, stress and anxiety about the future. A picture of our times in 1920 x 1080 definition." In 2011 they released a mini album (only available at the 10th anniversary tour gigs), entitled Memories in My Head, and contains 3 new songs. In January 2013, Riverside released their fifth full-length album, Shrine of New Generation Slaves, which was followed in 2015 with Love, Fear and the Time Machine. Official site 2) Riverside is a Canadian Alternative Pop Punk band from London, Ontario. The band released two full length albums, and were signed to Bullion Records in Japan. 3) Riverside is a Jangle Pop band from Philadelphia, USA. Riverside consisted of: Keith Kochanowicz (vocals, guitar, organ), Kenneth Jackson (guitar), Glenn Kochanowicz (bass, vocals), Jonathan Liney (drums) and Geoff Verne (drums) They released two albums, One in 1992 and Taste in 1994. Read more on Last.fm. User-contributed text is available under the Creative Commons By-SA License; additional terms may apply.

Out Of Myself Conceiving You I Believe Loose Heart In Two Minds The Same River Second Life Syndrome After I Turned You Down Reality Dream II The Curtain Falls The Depth of Self-Delusion 02 Panic Room Volte-face Reality Dream OK Dance With the Shadow Reality Dream III Before Schizophrenic Prayer We Got Used To Us Beyond The Eyelids Rainbow Box Embryonic Parasomnia Through The Other Side Hyperactive Cybernetic Pillow Ultimate Trip Driven To Destruction Artificial Smile Left Out Egoist Hedonist Lost (Why Should I Be Frightened By a Hat?) Us New Generation Slave Celebrity Touch Hybrid Times Acronym Love Stuck Between Feel Like Falling The Time I Was Daydreaming Deprived (Irretrievably Lost Imagination) Acid Rain Escalator Shrine Time Travellers Coda #Addicted Vale Of Tears Under the Pillow