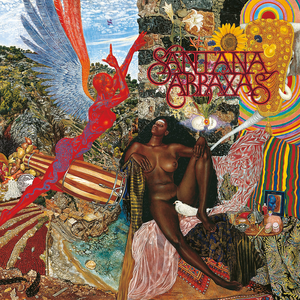 Viva Santana!
classic rock Latin Rock rock santana guitar
Santana's version, recorded in 1970, is a medley with Gábor Szabó's 1966 "Gypsy Queen", a mix of jazz, Hungarian folk and Latin rhythms. The song became one of Santana's staples and their biggest hit. Abraxas reached #1 on the charts and hit quadruple platinum in 1970, partially thanks to "Black Magic Woman." The Santana version is also used as a cover in the music/rhythm video games such as Guitar Hero III and Guitar Hero: On Tour. While the song follows the same general structure of Peter Green's version Read more on Last.fm.