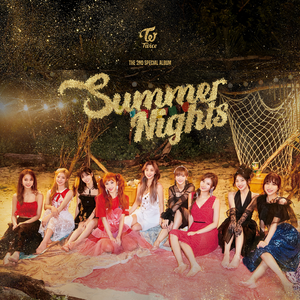 Summer Nights
k-pop twice pop bop Korean
“What Is Love?” is the title track for the 5th mini album with the same name performed by K-pop girl group TWICE. “What Is Love?” was written and composed by J.Y. Park, who produced their hit “Signal” back in 2017. Lyrically, the song is about the fantasy of love that viewers see and imagine after learning about it through books, movies or dramas. In this same respect, the music video consists of several scenes that are reconstructed from these books, movies, and dramas. Read more on Last.fm.