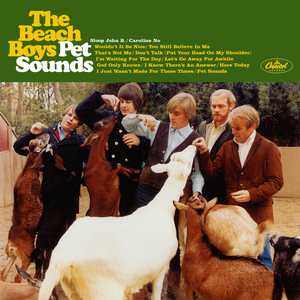 Made in U.S.A.
pop 60s rock baroque pop 1966
The song may have been inspired by a former girlfriend of lyricist Tony Asher, who had moved to New York and cut her hair. In high school, Wilson became obsessed with Carol Mountain, a classmate and unrequited love interest. The song was initially written as "Carol, I Know". When spoken, however, Brian Wilson heard this as "Caroline, No." After the confusion was resolved, the pair decided to keep the new title, feeling that it brought a poignant earnestness to the song's sad melody. Read more on Last.fm.