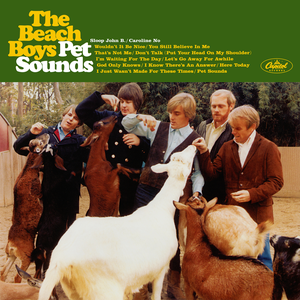 Stack-O-Tracks
pop 60s rock classic rock Surf
"Here Today" is a song by the American pop band The Beach Boys, taken from their 1966 album Pet Sounds. It is the tenth track on the album. The song was composed and produced by Brian Wilson with the lyrics by Tony Asher about love being "here today and gone tomorrow". The lead vocal was sung by Mike Love on the final release but some sessions have been released with Brian singing lead. Some studio chatter could be heard during the instrumental break Read more on Last.fm.