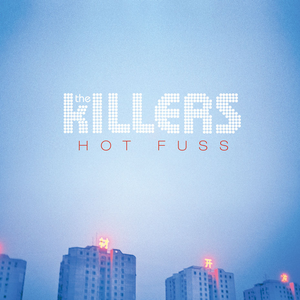 Hot Fuss
rock indie indie rock alternative alternative rock
"Mr. Brightside" is the debut single by Las Vegas-based rock band The Killers. The song is featured on the group's debut album Hot Fuss and was written by Brandon Flowers and Dave Keuning. It was named "Song of the Decade" by UK radio stations Absolute Radio and XFM, and in April 2010 Last.fm revealed that it was the most listened to track since the launch of the online music service, with over 12.2 million plays scrobbled. It held the record until 2020 when BTS broke the record with "Boy With Luv". Read more on Last.fm.

Mr. Brightside Somebody Told Me When You Were Young All These Things That I've Done Smile Like You Mean It Read My Mind Human Jenny Was a Friend of Mine On Top Andy, You're a Star Bones Spaceman Midnight Show For Reasons Unknown Believe Me Natalie Sam's Town Everything Will Be Alright Change Your Mind Enterlude A Dustland Fairytale Bling (Confession of a King) This River Is Wild Losing Touch Uncle Jonny Exitlude My List This Is Your Life I Can't Stay The World We Live In Shadowplay Joy Ride Under the Gun Neon Tiger All the Pretty Faces Runaways Glamorous Indie Rock & Roll Goodnight, Travel Well Why Do I Keep Counting? Tranquilize The Ballad of Michael Valentine Romeo and Juliet Where the White Boys Dance Sweet Talk Move Away Leave the Bourbon on the Shelf Glamorous Indie Rock and Roll Miss Atomic Bomb Shot at the Night The Way It Was The Man