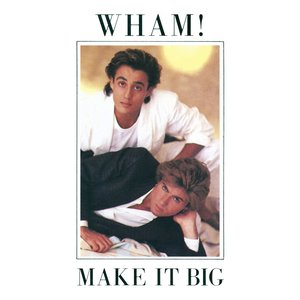 Make It Big
80s pop romantic ballad
"Careless Whisper" is a 1984 single by George Michael (credited to Wham! featuring George Michael in the USA), released by Epic Records in the UK, Japan, and other countries; and by Columbia Records in North America. The song was George Michael's first solo single although he was still performing in Wham! at the time (the song is included on Wham!'s album Make it Big). The song features a saxophone riff, and has been covered by a number of artists since its first release. It was released as a single and became a huge commercial success on both sides of the Read more on Last.fm.