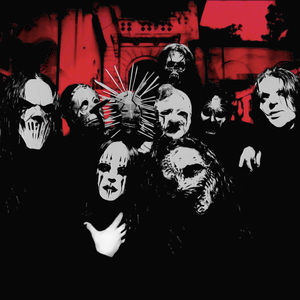 Vol. 3: (The Subliminal Verses)
metal Nu Metal Slipknot alternative metal rock
"Duality" is a song by American heavy metal band Slipknot, the song is released as the first single from their third album Vol. 3: (The Subliminal Verses), released on June 14, 2004. "Duality" was originally released as a CD single on May 4, 2004. On May 25 the single was released on 7-inch red vinyl to coincide with the release of the album. There is also a 7-inch picture disc release which includes the same track listing. "Duality" was the band's first single to chart in the Billboard Hot 100 Read more on Last.fm.

Wait and Bleed Before I Forget Duality Psychosocial People = Shit Snuff Left Behind Vermilion Spit It Out My Plague Dead Memories Pulse of the Maggots The Blister Exists Eyeless Disasterpiece (Sic) Surfacing The Heretic Anthem The Nameless Everything Ends Sulfur Opium of the People The Devil in I Circle Vermilion, Pt. 2 Three Nil Liberate Only One I Am Hated Gently All Hope Is Gone Welcome Vendetta Prelude 3.0 Gematria (The Killing Name) The Shape Unsainted No Life New Abortion Skin Ticket The Virus of Life Danger - Keep Away Vermilion Pt. 2 Gehenna Metabolic Purity Butcher's Hook 742617000027 Prosthetics Diluted