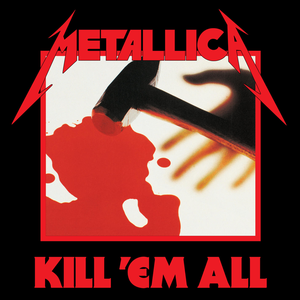 Kill 'Em All
thrash metal metal heavy metal metallica speed metal
"Whiplash" is a song by American heavy metal band Metallica. It is credited to James Hetfield and Lars Ulrich and was the sixth track and first single from their 1983 album Kill 'Em All. The song has been covered several times, most notably by Motörhead whose version won a Grammy Award for Best Metal Performance. The song is about the feeling one experiences when headbanging. ("...thrashing all around, acting like a maniac, whiplash!..")The song is on the game Guitar Hero: Metallica. Read more on Last.fm.