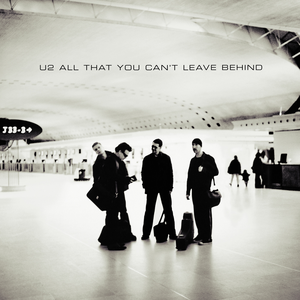 All That You Can't Leave Behind
rock U2 alternative irish classic rock
"Kite" is the fifth track from U2's 2000 album, All That You Can't Leave Behind. A popular number among fans, the song had its origins in a kite-flying outing on Killiney Hill overlooking Dublin Bay that Bono attempted with his daughters.[1] The outing went quickly awry when the kite crashed and one of the girls asked to go home and play with a video game.[2] So the song was at first written with Bono's daughters in mind, or more generally, about a kite as a metaphor for someone or something escaping one's realm of control; the song is Read more on Last.fm.